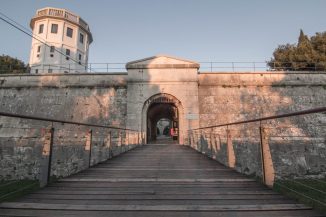 Part of the program is set at a new location thanks to our new partner The Historical and Maritime Museum of Istria. The new location is the wonderful hilltop fortress Kaštel situated in the heart of Pula.

On Saturday 29th we will be premierly presenting The Skatrix, a video installation made by Coan Nichols and Rick Charnoski. Don’t miss out on this one! 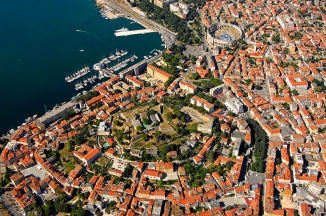 You can find more information about the fortress and the location here. 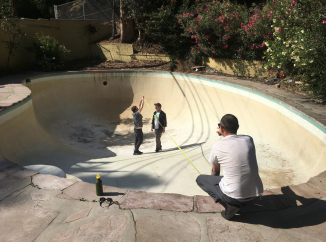 After the underground success of their first film, the super 8mm skateboard classic Fruit of the Vine (1999), Coan “Buddy” Nichols and Rick Charnoski founded the independent production company Six Stair, which operates under the same DIY ethics of the subculture that raised them: skateboarding and punk rock.  Since 1999 Nichols and Charnoski have charted an unorthodox path, making a broad range of films that consistently go beyond tired tropes to illuminate deeper truths. Currently, they produce and direct the popular web series “Love Letters to Skateboarding” for Vans and are in development of their first narrative feature (Warm Blood) and continue to work on a variety of both independent and commercial projects out of their back alley studio in Hollywood, CA.

On Vladimir they are presenting a video installation, mixing skateboarding with contemporary art. On Saturday 29th you will have an opportunity to see it with your own eyes on the fort Kaštel in Pula.

Southern California is the home of the backyard swimming pool. In some neighborhoods every house has one. Sometimes the pools are empty. That’s when we hop the fence and ride them before the owners come home, neighbors complain or someone calls the cops. There are never spectators- no one who is not skating is there watching. About 15 years ago we came up with an idea for how non skaters could be a part of this secret experience.